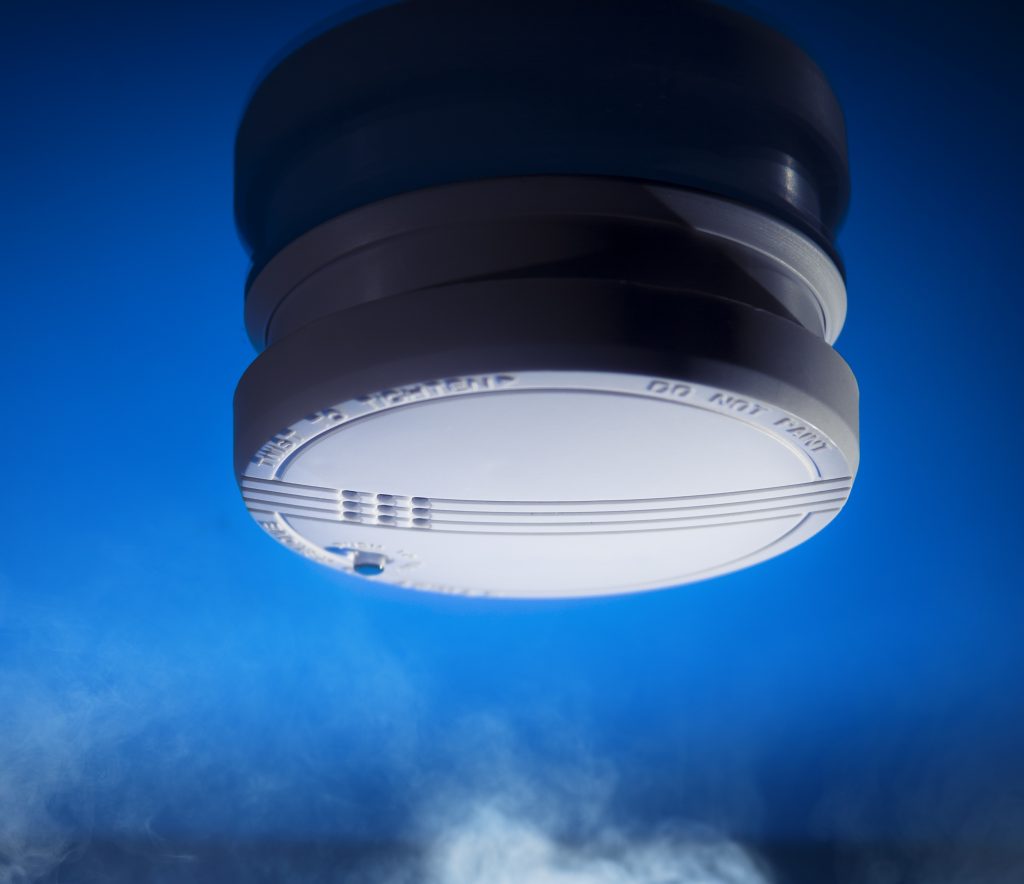 Apart from the occasional irritating squeak if they need a battery change, we tend not to even notice smoke detectors. However, they are a vital part of your fire safety equipment because they are the essential early warning that something is wrong. The little round life savers are everywhere but we seldom give them a second thought. As a Fire Marshal you are likely to be responsible for reporting if they are faulty and perhaps even maintaining the batteries and so on in smaller businesses.

It’s your duty as a Fire Marshal to take the necessary qualifications and courses to ensure risk assessments and fire safety is at a high standard. There is online fire training and face to face fire training available which cover all key elements when it comes to fire safety and training.

How Does a Smoke Detector Work?

There are really three main methods employed for smoke detection.

Ionisation – This is the most common detector for domestic and small area use. Inside the detector is an ionisation chamber that detects the changes in its ionisation process if smoke particulates interrupt it. This sets off the alarm. They are simple and cheap to make but they can be over-sensitive and occasionally simple kitchen particulates or even dust can set them off. That said they are a perfectly acceptable first-line defence against fire around the UK.

Heat – A heat detector is not sensitive to particulates, so it is less prone to false alarms. They are often used in kitchens and other potentially ‘smokey’ environments where the presence of smoke does not necessarily mean fire. Instead, they detect changes in temperature, but this can limit them to a small area.

Photoelectric – These smoke detectors work by going off when smoke interferes with a steady beam of light causing it to strike a sensor. The upside of photoelectric is that they are more likely to detect smouldering furniture and similar and they don’t go off every time someone burns the toast. However, they are more expensive than Ionisation and so not very popular in low-end applications.

Some smoke detectors will have a combination of the above kinds in a single unit. Whatever alarm you have, as with all emergency equipment, it is important that you have the right thing installed to ensure a consistent and appropriate overall fire safety procedure.

5 Things To Remember About Your Fire Detectors

Over the years a great deal of research has gone into the causes of fire and the best way to reduce the danger from an emergency. Smoke detectors have been proven to make a huge difference in the likelihood of harm and fatalities. Every year people die needlessly in fires because of non-functioning smoke detectors which could well have prevented the fatality. In 2013/14, 12% of dwellings did not have a working smoke alarm which is recorded in fire statistics England.

Smoke detectors do save lives and they require very little maintenance. As a Fire Warden you should be aware of where they are and what maintenance they will need.

Scroll To Top
We use cookies to ensure that we give you the best experience on our website. If you continue to use this site, we will assume that you are happy with it.OKPrivacy policy